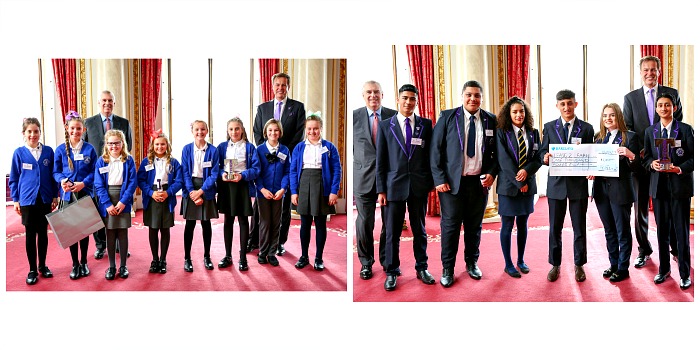 The team of six students all in Year 11, from Westborough High School in Dewsbury, won £1,000 for their business during a ceremony held at Buckingham Palace, hosted by HRH The Duke of York.

Lease 2 Learn was also given £280 start-up loan by the Peter Jones Foundation to launch their idea in October, which gives everyone access to technology to help them succeed.

They aim to create a level playing field after research revealed that over a third of students, at their school, did not have access to a computer or laptop at home.

The team was selected by a panel of judges for having the highest profit ratio of 1,839% during an intensive trading period throughout November and December last year.

Tycoon in Schools encourages young people to get involved in business by giving them a start-up loan to start a business whilst at school or college.

This year’s competition, which for the first time expanded into primary schools, had over 2,000 student applicants from across the UK.

Blue Bowtique, a team of eight primary school children from Barnby Road Academy in Newark, were runners up after achieving a 1,544% profit ratio for their business – making and selling hair bows to the local community.

Lukman Patel, ‎Director of Learning Business & Ethics at Westborough High School, said: “We’re honoured to be the winners of Tycoon in Schools 2016 – and incredibly proud of how hard our students worked to get here. It’s really important to educate children about running a business, and Peter Jones’ Tycoon in Schools has provided a fantastic and inspirational experience for the Lease 2 Learn team.”

Peter Jones CBE said: “Lease 2 Learn really stood out amidst the competition. The team blew me away with their professionalism – and most importantly, their business idea to support other students’ from their school.” 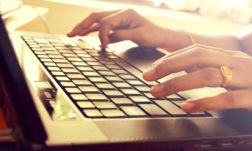 The majority of entrepreneurial jobseekers who launched their start-ups using a government scheme are still in business a year later. A recently published report, by the Department for Work and Pensions, revealed 80% of businesses supported by the New Enterprise Allowance were still active more than a year later. In the survey of 1,500 jobseekers, 47% reported an increase […] 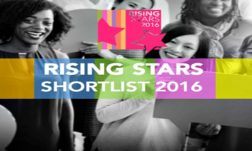 WeAreTheCity has announced its shortlisted nominees for the annual Rising Star Awards – Now open to public vote.  Rising Star awards celebrates the female talent pipeline from a wide range of industries. The list, released yesterday, is made up of 200 nominees and drawn from over 160 companies across the country. Shortlisted winners include a Private Banker […] 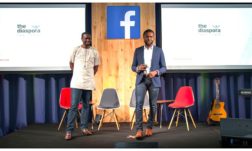