Edible Bug Farm develops methods for the sustainable farming of edible insects with the aim of including them into the UK’s mainstream diet.

The initiative, which won the Shell LiveWIRE Smarter Future Award in November 2015, will see its founder continuing his passion in spreading the message about the health benefit of eating insects.

“Starting a business isn’t for everyone”

“I am currently halfway through the final year of my PhD, where I specialise in biochemical data modelling of cancer network systems.

Having been grounded in academia for most of my adult life, the experience of growing a business from scratch has been an especially exciting one.

My business partner, Adam Routledge, and I farm insects while also developing technology that will soon hopefully reduce the reliance the edible insect industry has on labour-intensive production.

The biggest issue in our fledgeling industry isn’t the lack of people wanting to try insects but in fact, quite the opposite.

We are currently looking for ways to catch-up with the already technologically developed beef, pork and poultry industries.

But in the meantime, we’ll do what we can to raise public awareness on what many people are still missing out on.

We launched Edible Bug Farm, in it’s embryonic form, as an online resource in October 2014 and then became incorporated as a limited company at the end of June last year.

Edible Bug Farm is a research-driven resource dedicated to developing methods for sustainable farming of high quality and cheap protein sources for the developing world using edible bugs as the means.

My vision for Edible Bug Farm was inspired during a visit with an old friend in San Francisco who is one of the co-founders of Tiny Farms – One of the United States most progressive companies in the edible insect industry.

I began Edible Bug Farm, shortly afterwards, simply as an online resource to promote both the eating of insects and companies like Tiny Farms that were driving things forward.

The very idea of it, its sustainability and its health benefits was very intriguing to me at the time, and still is.

One of the major difficulties we face is overcoming the negative public perception surrounding edible insects. We encounter this whenever we give a talk or presentation so we bring along a few insects for the sceptics to try.

Peer pressure helps and once people try them, they tend to realise that they don’t taste bad. We then hit them with the statistics on how healthy and sustainable they are.

We can’t convert everyone but at least everyone gets a better understanding of the benefits.

The challenges and hurdles involved in starting your own business are endless but that’s part of what makes the whole journey worth taking.

The tougher the challenge often means the greater the accomplishment that follows.

Personally, I most enjoy the varied nature of running a business while my business partner, Adam enjoys the need for problem-solving.

The changes in mentality and skills that I have developed in the last few months most probably outnumber those gained from almost a decade in academia.

Starting a business isn’t for everyone but if you are driven and enthusiastic about your particular idea, and you have thick skin, I would definitely recommend the entrepreneurial journey.

I can guarantee that boredom will never be an issue.” 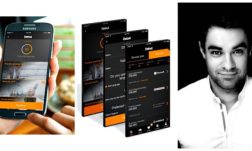 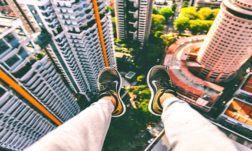 Google’s recent survey into UK’s entrepreneurial ambition says that 78% of young people are turned off about entrepreneurship – But what about the other millennials running their own ventures. Millennials are those born from 1980 up to the millennium, including those in the university age up to the mid-thirties. Some of the reasons, noted in the survey, […] 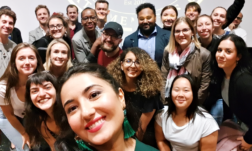 Driven by the need to tackle the misconception held by many high-end brands about young people not being able to afford a wealthy lifestyle, 27-year-old Aileen Gilani quit her law degree to turn her lifestyle blog – The Luxury Student – into an online private members club for students “who seek the finer things in […]