A new website is setting out to engage young people in the UK EU referendum to help them reach a voting decision before 23rd June.

According to research, carried out by Dr Darren Sharpe of the University of East London, 81% of 12-24 year olds don’t know enough about the EU and how it affects their lives.

The Me & EU site, funded by the Economic and Social Research Council (ESRC), plans to give young voters key information in the run up to the referendum next month.

It features videos, blogs, a live stream of tweets, links to relevant research and a questionnaire which aims to capture the voice of young people.

Launched by Dr Sharpe and Professor Matt Henn from Nottingham Trent University (NTU), the site breaks down issues surrounding the upcoming referendum into easy-to-understand facts for its young audience.

The range of topics includes environment and sustainable energy, income and economic justice, travel and transport, education as well as security.

Professor Henn, at NTU’s School of Social Sciences, said: “Young people have a major role to play in the EU and have much to benefit from the referendum. Despite that, they are the least likely to vote, and it is important that measures are put in place to address this and to ensure that they have all the necessary information.

“We aim to help with this through our project which offers a central online information point designed to encourage young people to get registered, get informed and vote.”

“This snapshot illustrates the political sophistication and significant role of young voters. In our view, they represent a weighty but somewhat dormant voting bloc. Optimistically, the voices of young voters could redefine the future of the UK in Europe as they did in the case of the Scottish referendum.

“However, if young voters decide to stay at home not only is UK democracy weakened, but of equal concern is the future of the European project itself.

“Me & EU engages in EU affairs by creating an understanding of how Europe influences their daily lives and by connecting them to other young people interested to talk and share ideas on the referendum.”

The Me & EU project is been launched as part of ‘The UK in a Changing Europe‘ initiative – An ESRC-funded project which provides impartial information, insights and analysis about UK-EU relations that stands aside from the politics surrounding the debate. 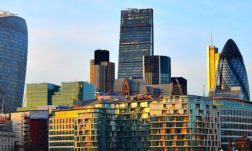 Like me, most business leaders wanted the UK to remain in the European Union. And with the pound on a roller-coaster ride and UK stocks taking a hit, you could be forgiven for thinking that the result of the referendum was a disaster for employers and employees alike. But a clear majority of the country […] 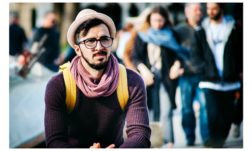 A third of Britain’s young people looking to start a business are turned off by lack of access to finance, business skills and contacts

A new study – commissioned by the charity New Entrepreneurs Foundation – shows a third of British young people struggling to kick off their entrepreneurial dreams due to poor access to finance, business skills and contacts. The report, gathered by YouGov, looks into Britain’s youth entrepreneurship and the barriers faced by would-be entrepreneurs. The internet-based market […] 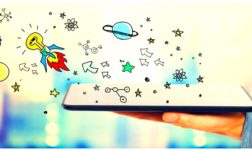