John Auckland – founder of global crowdfunding communications agency ‘TribeFirst’ – explores the new guidelines and how this can increase the chances of startups receiving advanced assurance before launching their crowdfunding campaign.

The UK is a great place to crowdfund for your new startup. It has some of the most attractive startup investment tax relief schemes in the world.

SEIS and EIS provides investors with up to 80% protection against an investment they make into a UK-based startup, which is taken as a tax relief against the startups’ income tax bill.

As a result, HMRC issued new, stricter guidelines, in the hope of turning applications around in 15 days, rather than the current 6 weeks.

From 2 January 2018 we will not provide an advance assurance on speculative applications. More than a third of the advance assurances we provide do not result in an investment. To ensure HMRC resources are used efficiently, therefore, we will only provide an opinion where the application names the 6 individual(s), fund manager(s) or other promoter(s) who are expected to make the investment.

This new guideline will have a profound effect in crowdfunding, causing some campaigners to stumble before they even get out of the blocks.

But for those left standing, the chances of success will ultimately be higher.

What Does It Mean For My New Crowdfunding Campaign

As is the case with guidelines, they’re open to interpretation. So, we spoke to crowdfunding platforms to ask for clarification and they in-turn contacted HMRC.

HMRC responded by saying that a crowdfunding platform alone won’t be considered a sponsor, since so many of their campaigns go on to fail. Therefore, to successfully receive advanced assurance, it’s important that you name six individuals or institutions who you are in advanced discussions with.

In relation to crowdfunding, HMRC has asked businesses to provide evidence, for example letters or emails, to demonstrate that the company has engaged with and begun the screening process with the platform. It is not enough for the company to show it has approached a platform; there must be confirmation that the platform accepts the company may be a viable investment for its customers and that further engagement is underway.

So, in essence, you must show that your crowdfunding campaign is being seriously considered or has begun initial screening for listing by a platform.

These platforms will most likely, anyway, provide some kind of selection process to ensure there is a degree of quality in the proposition, and that there has been a process of due diligence.

However, there is a high likelihood that a lot of these campaigns will go on to fail, so the new guidelines have allowed a degree of speculation to sneak back in.

Crowdfunding platforms are not asking that the deal is done, just that there are serious conversations taking place.

The good news for those looking to crowdfund is that you should be lining up these conversations in advance anyway.

So if you’re planning your campaign properly, it won’t make much difference – Other than to give you an advantage over those who aren’t properly prepared.

Equity crowdfunding has been around for seven years now, so there’s a lot of information out there about how to run an effective campaign.

As such, it shouldn’t surprise you that most of your effort and resource will go into preparing your campaign for the public raise, and a large part of this effort will be applied to finding lead investment.

The very first thing we encourage campaigners to do is initiate conversations with angel investors, institutions and friends & family, as they are the most common source of the lead investment that will be put into a campaign

Our recommendation is to try and line-up as much of your initial target as possible before launching your crowdfund to the public.

Not all of it will close, of course, but if you are confident of hitting between 60-100% of your target in the first few days, this will give HMRC confidence, as well as providing the early momentum that sets apart the most successful crowdfunding campaigns.

Who Can I Engage As A Sponsor

This is the most ambiguous aspect of the guidelines. Just what or who classifies as a ‘sponsor’, especially in a crowdfunding context?

The crowdfunding platforms have been told they aren’t sponsors, but I suspect it will help to mention you’re planning being listed on a platform, especially if you have evidence that a large proportion of your initial target has been committed to from your named investors.

So, to who else might you turn to strengthen your application?

Companies such as Focused for Business, Virgin StartUp or IdeaSquares run their own crowdfunding accelerators.

They can help to connect you with lead investors and use their crowdfunding success rates to show that you’re more likely to gain funding.

I’m going to make a bold prediction – New SEIS/EIS guidelines will provide a significant uplift in equity crowdfunding success rates across the sector.

My first reason for this is because companies that don’t properly prepare won’t receive advanced assurance.

They will then realise they’re at a disadvantage and either choose not to crowdfund, or do the legwork to find lead investors.

Secondly, companies will seek out more support from intermediaries who will help them find lead investors, and help give confidence to HMRC that the investment is likely to happen.

Lastly, a lot more businesses will launch their campaign to the public with most of their initial target on the board already, which is a good thing for crowd investors because more campaigns will have been first vetted by more sophisticated investors.

Only time will tell if my predictions are correct.

However, the new guidelines should be seen as a good thing for the industry, and a good thing for your campaign. This will only encourage you to run the right kind of campaign, that is well-prepared.

My advice to anyone looking for crowdfunding is still to line up as much as you can before you launch your campaign, because it can’t hurt your application to have both platform approval and lead investors.

And it will undoubtedly improve your chances of success.

John Auckland, founder, TribeFirst – a global crowdfunding communications agency that has helped raise in excess of £4m for over 20 companies on platforms such as Crowdcube, Seedrs, Indiegogo and Kickstarter.

Article has since been updated 3rd April 2018 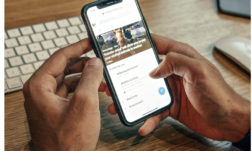 Social Media And The Face Of Public Relations

Social media is powerful and not understanding or liking it is no longer an excuse to not use it because when used correctly social media can lead to more business. Media relations is a part of public relations which many start-up companies tend to focus on when assigning PR consultants and agencies. It is a […] 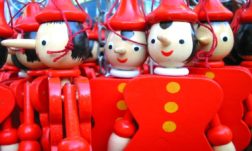 The Myths Around Becoming An Entrepreneur

Working for yourself can be rewarding if you learn to ignore the myths around becoming an entrepreneur. Self-employment accounts for around a third of the growth in employment since 2010 in the UK labour market. Figures published by the Office of National Statistics, late last year, showed the number of people working for themselves increased by 30,000 […]

CEO ADVICE: How To Launch Your Startup With Just Less Than £500

A new Yell Business research shows that 40% of small businesses launched in the UK were started with just less than £500 – No more losing sleep over startup costs.  The survey of 1,500 SME’s also revealed that a further 32% started with £250 or less, with 93% of these businesses turning over profit in the […]