This week’s editorial spotlight falls on Eve Lodge’s Barmy Bunting bespoke business – Can be spotted on the set of Coronation Street.

Eve was only 14 years old when she started her own bunting business, while a student at Horizon Community College.

Her passion for bunting led her to enter and win several awards from the ‘I Know I Can Barnsley Big Challenge’ business competition.

At such a young age, Eve has already received several accolades for her Barmy products: named the 2015 ‘Solopreneur’ at the Yorkshire BiY awards, winner of the Small Business Sunday in April 2015 organised by Theo Paphitis (a weekly Twitter competition) and a WOW award from Ann Summers CEO Jacqueline Gold for championing working women.

Now 17, Eve, from Yorkshire, runs her venture alongside studying for her A Levels exam.

She sells her bunting products all over the world and hopes to continue growing her Barmy brand even when at university.

“My original Barmy Bunting venture began after a conversation with my Auntie Helen, a real inspiration, and led to a presentation that I put forward to the Dragons Den at Horizon College.

I received £25 and began making Barmy Bunting! Through word of mouth, recommendations and my Facebook and Twitter pages, I managed to sell my bespoke pieces and make a bit of a profit.

I went on to win three awards at the 2013 Gala Night IKIC presentation: Best Use of Online Resources; Most Innovative Business; and Key Stage Four Best Business.

A few months after my success in the Barnsley IKIC Challenge, I was approached by Barnsley Council’s Enterprising Young People project, who wanted to help my business grow.

I was successfully put forward for an EYP grant, up to £2,000, and featured on their promotional video. I used the grant to get an e-commerce website and buy a top-of-the-range sewing machine.

It’s just gone Barmy from there.

I was absolutely thrilled to be chosen as a SBS winner by Mr Paphitis – It felt like a reward for all the hard work I’ve put in.

I may have the exuberance of youth, but I believe passionately in my business and the future of Barmy. That passion and determination, together with a solid business plan, will hopefully take me where I want to go.

I have to juggle the business with my studies, but I’ve always taken pride in the fact I’m a bit of a never-say-die grafter.

I’m in the last year of my A levels at Shelley College and running a business that’s getting bigger and better by the week, and I’m proud of that.

I am now looking into the possibility of employing someone to help with the workload, as well as taking Barmy into other areas.” 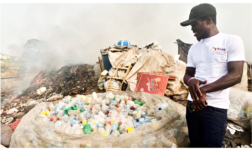 Plastic waste usage continues to be on the rise in several parts of sub-Saharan Africa, with Sierra Leone being among them. So, how are they using entrepreneurship to work towards ending the use of plastic? I recently spent a month in the capital city Freetown, where I noticed when walking to the famous Sani Abacha […] 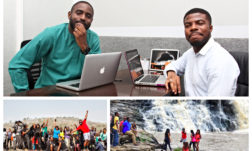 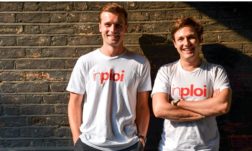