Cab Guru joins forces with over 300 major UK private and taxi companies in the hopes of competing with Uber, by giving customers real-time information to compare prices and book cabs nationwide.

Cab Guru’s Marketing Manager, Danielle Kinsella, says: “Cab Guru is about being helpful to customers. If you’re in a town or city you don’t know, it’s difficult to book a cab.

“We’re making it easy to find, compare prices and book a cab no matter where in the UK you are.

“The private hire and taxi industry has been disrupted significantly in recent years. Cab Guru’s aim is to help strengthen and protect the UK’s local cab companies and give them the ability to compete alongside new technology disruptors.

“We soft-launched the app back in December and have been adding licensed Private Hire and Taxi companies since then.

“We currently have over 10,000 cabs available in London and 15,000+ across the UK, which is considered to be the largest online cab fleet in the UK. We’re aiming for 50,000 taxis and cabs to be available in the app within the first 12 months.”

Cab Guru plans to invest the £2 million fund into making the app accessible everywhere across the UK.

Currently, where Cab Guru has no partner coverage, customers are instead given a list of local cab companies to make their own direct bookings.

HireHub Founder – ‘Every failure has a lesson to give’ 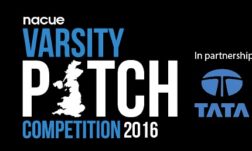 This year’s Varsity Pitch competition for student and graduate entrepreneurs in the UK will be opening their application for the 2016 round in May. NACUE’s Varsity Pitch is a national business pitching competition organised by the National Association of College and University Entrepreneurs, exhibiting and celebrating the best early-stage business ideas to come out of colleges and […] 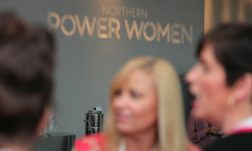 The finalists of the first Northern Power Women Awards 2016 have been announced. Winners of the new awards programme, celebrating both men and women supporting gender diversity, will be revealed on 3rd March at Manchester Hilton Hotel, Deansgate. Shortlisted candidates are chosen from different business sectors, including an eco-friendly cleaning company and young tech entrepreneurs saving student’s money. The awards […] 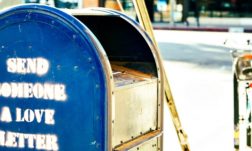 Royal Mail launches ‘MailshotMaker’ – An online tool for small businesses to design and send their own mailshots to customers. Small businesses will now be able to design and send mailshots, within three working days, from as little as 49p per mailing. The service aims to help UK companies develop and manage their own marketing in-house, as well […]