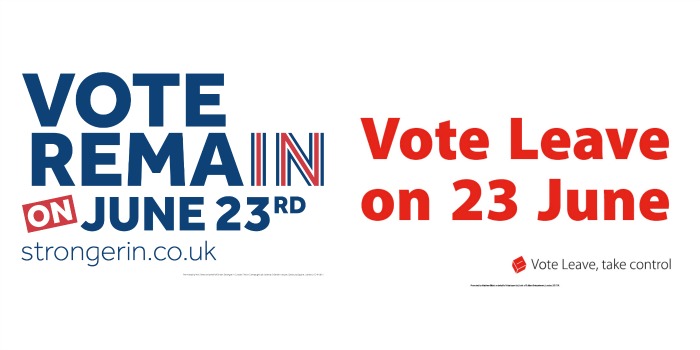 UK’s leading association of independent chartered accountants and law firms ask the official Remain and Leave campaigns how the UK’s small business growth would be affected by the referendum result.

The ‘Business Growth’ question, included in a recent report by UK200Group, addresses the lack of clarity surrounding how Brexit and StayInEU would affect small businesses.

“If we leave the EU, our home market will shrink from 500 million to 65 million consumers and we won’t have a say over the rules of doing business across Europe, leaving all the power in the hands of our European competitors.

“The uncertainty while any new deal is negotiated will hit our economy hard – costing jobs, driving up prices and making it harder to fund our public services.

“The Organisation for Economic Cooperation and Development (OECD), International Monetary Fund (IMF), PricewaterhouseCoopers (PwC), Institute for Fiscal Studies (IFS), the Treasury and the London School of Economics (LSE) have all confirmed the UK would be worse off under Brexit – confirming the economic consensus that families’ economic security is at risk if we leave.

“Treasury analysis has shown that leaving the single market would leave the UK worse off by £4,300 for every household. Over 3 million jobs are linked to our trade with the European Union.”

“After we Vote Leave, the UK would improve upon the trade agreements that the EU has negotiated, which have generally proved of limited benefit to British companies.

“The rate of the UK’s export growth to third-party countries with which the EU has a trade agreement has fallen in the case of two out of every three free trade agreements that the Commission has negotiated.

“Outside the EU, we will be able to strike free trade agreements with emerging economies, such as Brazil, India and China. This is likely to reduce prices for consumers and be good for jobs, growth and investment. If we vote to remain, the UK will be unable to make trade deals with the rest of the world as the Eurozone economy stagnates.

“This means that the UK may well remain unable to trade on favourable terms with major emerging economies in the years ahead, while remaining tied to the failing Eurozone.

“Investment into the UK from the EU will continue after we Vote Leave. Surveys of international investors show that they want the UK to have looser links with the EU. The pro-euro campaign made all sorts of claims that investment would collapse unless we joined the euro. It didn’t happen then and it won’t happen if we Vote Leave.”

The UK200Group hosted a debate on 11th May at which 30 questions from SME owners were posed to leading politicians, who discussed the implications of a Remain or Leave vote. The questions were then given to the official Remain and Leave campaigns.

Why you should plan for business succession 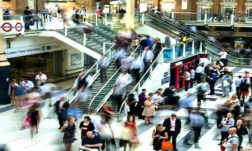 With the crowdfunding market growth currently sitting at £4.4bn in 2015 alone, according to research by innovation charity Nesta – Now is a good time to know the do’s and don’ts. Some of the general myths about crowdfunding are along the lines of: “Someone is going to steal my idea” or “All I have to do is list my business and […] 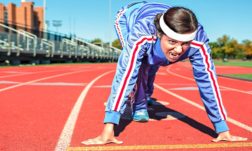 Competition is an important aspect for business growth – A winning mentality and a competitive nature is key to business success. Competition helps a business think more innovatively, which is necessary for the growth of a business. In addition to innovation, a competitive business is forced to provide better quality service and leads to more satisfied customers, […] 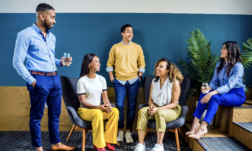 Getting the right partnership for your social impact business

There is a magical space when you want to have a positive social impact and you come together with someone equally as passionate and you start working together. Through conversation, you realise what values you operate from, what assumptions you make about life and what principles influence your decision-making. For example, let’s say you both […]