A number of leading entrepreneurs have been named in the Queen’s New Year Honours list 2019 for their notable contribution to the economy.

Of those named in the Queen’s New Year honours list, 544 were women – which is a 2% decrease from last year’s list – and only 12% of the successful candidates came from a BAME (Black, Asian and Minority Ethnic) background.

Here are some of the business leaders recognised in the Honours list released twice a year – at the New Year and the Queen’s birthday:

Stephen Addison, founder of BoxUp Crime, awarded a British Empire Medal for services to young people in Barking and Dagenham.

Tom Blomfield, founder of Monzo, receives an Order of the British Empire for services to improving competition and financial inclusion in the banking sector.

Paul Lindley, founder of Ella’s kitchen, receives an Order of the British Empire for services to exports in the food and drink sector and to children’s welfare.

Mark Prince, founder of The Kiyan Prince Foundation, for services to tackling knife and gang crime in London.

Stephen Coleman, Co-founder of CodeBase, for services to technology entrepreneurship.

David Bragg, founder of Send a Cow, for services to tackling poverty in Africa.

Sukhjeev Sandhu, founder of Audeliss and INvolve, for services to diversity in business.

Amali De Alwis, CEO of Code First Girls, for services to diversity and training in the technology industry.

Mehmooda Duke DL, founder of Moosa-Duke Solicitors, for services to the legal profession and the promotion of female entrepreneurship.

Mary-Theresa Early, founder of Theatre Peckham, for services to young people in the arts.

Belinda Roberts, founder of WeDO Scotland and MD Marvelous Mustard, for services to business and entrepreneurship.

How To Boost Your Brand Using The Art Of Blogging 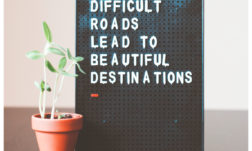 Funding is essential for any business to grow but trying to raise startup funds can prove to be tricky especially if you don’t know how to get investment. To help you maximise your business success, you need to know where you are and where you are going in relation to funding. Knowing what investment stage you’re […] 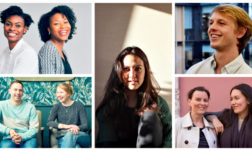 Five creative entrepreneurs have reached the final round of the WeWork London Creator Awards competition to pitch their innovative startups and win a share of £280k in funding. The WeWork Creator Awards is a global competition recognising and rewarding innovative startups, entrepreneurs, performing artists, and non-profit organisations. Since March 2017, WeWork has hosted more than 31,000 attendees […] 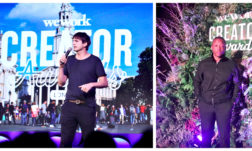