This figure, up from an estimated £7bn in 2015, is on track for continued rapid growth thanks to people becoming more aware of how these sharing economy platforms operate and the opportunities that they bring for the economy.

However, the industry needs better self-regulatory reforms to address the concerns surrounding the working practices of some of these sharing economy businesses.

The driving force behind the demand for more peer-to-peer ‘sharing’ startups could also be down to the younger generation’s increasing attraction to living more sustainably while saving money.

Sabine Opris, 26, and Elena Sokolova, 25, co-founded Tryatec – an online marketplace for renting and lending the latest tech gadgets – as a result of becoming frustrated with not being able to try out a camera without buying it first.

Tryatec was launched earlier this year and it aims to make “technology easily accessible for everyone”,  which was something both the founders struggled with in the past.

They believe that there’s more economic benefit in gadget owners safely making more than what their gadget is worth.

Sabine – Tryatec is a sharing economy platform for renting and lending the latest gadgets, such as drones, virtual reality gear, and cameras.

On one hand, users can rent the latest gadgets without needing to purchase them. And on the other hand, gadget owners can rent out their unused gadgets, making an average of £1200 per month – and it’s all insured.

Elena – A couple of years ago, Sabine wanted to try out a camera without buying it first and found it to be a huge hassle – This was how Tryatec was initially conceptualized.

We were studying our Master’s at Cass Business School at the time, where we met. We conducted market research for the startup together and then incorporated the company as soon as we finished university.

Sabine – We’re both tech enthusiasts, and we found ourselves to be the target market.  For example, Elena thinks drones are really cool, but can’t really afford to buy a £1000 drone just for the sake of trying it out.

That’s why we’re both really passionate about making technology easily accessible for everyone since we’ve both struggled with this in the past.

Sabine – Tryatec is a sharing economy platform since we’re all about gadget sharing and the collaborative consumption of tech.

There are many economic benefits from using Tryatec – Gadget owners can safely make more than what their gadget is worth quite easily, while gadget borrowers don’t need to spend a lot of money in order to access the latest tech.

Also, the great thing about the collaborative consumption of technology is that with every transaction, we’re reducing electronic waste, which is the UK’s fastest growing toxic waste stream.

We have so many plans for the future. We’re excited to continue growing our platform, in London, across the UK, and around Europe.

Olivia Higgs, co-founder of artificial intelligence KOMPASS, talks about the influence of AI on creativity and Art.

WATCH: A Little Snippet Of What We Did At My Startup Story Event 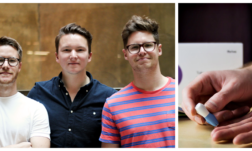 Digital Health startup – Thriva – is a use-at-home mail-order blood testing kit helping people have better control over their health. Thriva offers the tracking of several health biomarkers from a single finger-prick blood test and the results are given within 48 hours. The health tech business, co-founded by Hamish Grierson, 32, just last year, […] 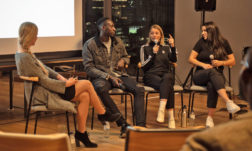 Money isn’t what makes something great. It’s what makes it scalable and accessible – My Startup Story Business Tips. My Startup Story event is the place for inspirational young entrepreneurs to share their entrepreneurial stories and inspire the next generation of business leaders. The second #mystartupstoryuk event took place on Thursday 15th November at WeWork South […] 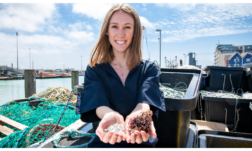 The fight against single-use plastic continues well-beyond 2020 and this marine bioplastic design – MarinaTex – wants to exchange plastic in food and drink packages with its own alternative made from fish waste. Created by Lucy Hughes, 24, in 2018 for her final year undergraduate degree project, MarinaTex is the result of over 100 prototype […]