Although UK inventors may have been behind products such as the Dyson airblade hand dryer, the Brompton bicycle and the wind-up radio, the country’s manufacturing sector has declined significantly in recent years – However, it is still currently contributing 11% of GVA.

Joanna Montgomery, whilst studying for a Master’s degree in digital media and interaction design, had an idea for a wearable device that would pick up a user’s heartbeat and transmit it in real-time to a small speaker.

Initially aimed at couples in long-distance relationships, her invention won her £25,000 from Innovate UK to develop.

Fast forward 10 years, through investor issues, Kickstarter glitches and prototyping hiccups – Pillow Talk is now being used in 55 countries and has been the subject of a hospital trial in the Netherlands for young children in intensive care.

But it certainly hasn’t always been smooth sailing.

“I remember when I started my business [in 2010], one of the biggest hurdles was I couldn’t find anyone to advise me,” she says.

“I was 22 and I couldn’t find a senior person over 30, 40 or 50 who could advise me to build what I wanted to build. The UK or Europe just doesn’t build consumer electronics or they didn’t then.”

Central Research Laboratory (CRL), the UK’s first purpose-built hardware accelerator, was set up partly in recognition of this skills gap.

“Over the past 50 years, so much manufacturing has offshored to Asia so that knowledge isn’t available [in the UK]. But we still believe that it’s really important for amazing physical inventions, as much as software-based inventions, to be created in this country.”

Manufacturing in the UK vs China

Most of the companies that remain specialise in the aeronautics and defence or automotive industries, Hunter says. “They’re used to dealing with very high budgets and very high quality … so there’s a bit of a mismatch there between small early-stage startups and UK manufacturers.”

In comparison, the Chinese manufacturing industry has increased output by 339% in the past 10 years, accounting for 50% of the world’s manufacturing output in 2017.

Jim Rhodes, one of the creators behind the robotic drawing machine Joto, believes they were right to choose a Chinese manufacturer. The team joined CRL in 2015 and went to Shenzhen in China as part of the accelerator programme. He describes the experience as eye-opening.

“You can be in a meeting in the morning, go for lunch, and someone will deliver the prototype while you’re having lunch. It’s amazing.”

Rhodes and his co-founder Barney Mason would go on to run a Kickstarter campaign in 2017, raising more than £360,000 from 1,836 backers, which gave them enough interest to commission a production run.

It was “just a crazy experience but incredibly rewarding to get that validation that people did want the product,” he says. “And then you have the realisation that you have to go away and make it.”

It was then that their chosen Chinese manufacturer decided they were too small to do business with, and rejected their order. “We had to start from square one again,” Rhodes says. “It caused six to 12 months of delay.”

They have now almost completely shipped their first batch of 2,000 units and are planning to launch a software arm for their community of users, called 365 days of art – whereby the drawing machine will draw a different image each day for a year.

Montgomery would end up manufacturing her product in China too, although a less experienced manufacturer in the UK did make the shortlist.

“There comes a point where it’s sort of a blind leap of faith,” she says about picking a manufacturer. “And there’s no going back from it either because it’s so expensive.

“There’s often a lot of tooling involved, so you’re paying anything from £5k-£50k for a lump of metal that’s going to make your product.”

The future of innovation

One entrepreneur who is planning to manufacture in the UK is Pete Beckett, founder of Ethiot – an amalgamation of ethical Internet of Things or IoT.

The commitment to values has meant he’s had to ensure Ethiot’s supply chain is ethical and traceable, which made a UK manufacturer the logical choice.

He’s since signed an agreement with a company in Poole to manage the first production run this summer.

It’s been a decision potential investors seem supportive of. “A lot of them have said ‘we have a lot more confidence if you’re going to do small runs in the UK, rather than going straight out to China because there’s so much risk there,’” he says.

“People say the UK can’t even come close to China [in terms of cost] but actually, in my experience at least, by the time you’ve added in all of the shipping, insurance and the time spent managing things, I think there’s not a huge difference.”

Despite the challenges he’s seen UK hardware inventors face when it comes to manufacturing their products domestically, Hunter says he remains an optimist about the future of innovation in the country.

“If the two biggest challenges facing us as a society [for the future] are how to be less impactful on the environment and how to be healthier and happier throughout our lives, especially as we age – those are very physical problems. You can’t just say I’ve got an app for that. It’s going to take more.

“Whether or not we have to literally manufacture the things here, as well as to conceive of them, that’s another matter. But again and again, I’ve been so deeply impressed by the entrepreneurs we’ve supported and the ways they’ve managed to get their world-changing ideas to market … it’s quite phenomenal what they’re managing to do.”

Getting your product idea to market

Make it simple – In the software world, it’s known as the minimum viable product (or MVP), but hardware entrepreneurs should also aim to release the simplest version of their invention. “It’s really difficult to make complex products,” Hunter says.

“They’re more costly but they’re also less reliable. You want something where the economics work out – it’s fairly affordable to make and to sell – and in terms of customer service afterwards, it doesn’t fall over the whole time.”

Talk to people – When it comes to finding people to work with, Montgomery says recommendations can be really helpful.

“Find somebody that has made a similar product to you and ask who they’ve used,” she adds.

Beckett agrees those contacts can be invaluable. “There’s a fear of people stealing your idea but actually, if you’re too protective you won’t make connections and that’s how things move along with the right people,” he says.

Please note that prompt corrections have been made to the opening paragraph to avoid any misconceptions. *This also reflects data (Economic output) from the UK’s Office for National Statistics which was published on 11th February 2020 and the next release is due on 31st March 2020. Check HERE for data relating specifically to the UK Manufacturing and production industry. The current data can be downloaded via HERE. 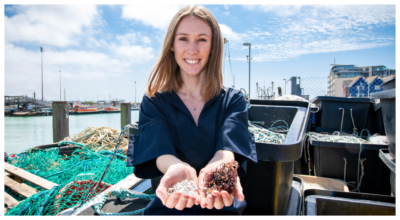 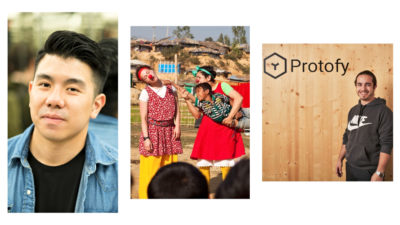 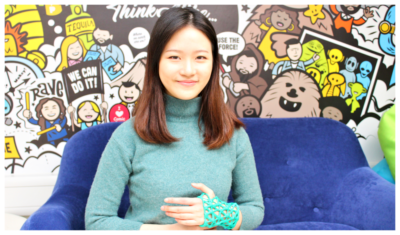 Two prize awards of $1 Million (over £700,000) are being awarded to global food startups with sustainable ideas on how to save the planet and feed its growing population 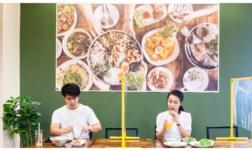 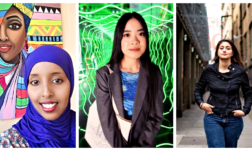 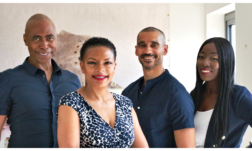 Too often we have heard stories of minority-led businesses, in particular those within Europe, having their ideas sometimes treated with contempt or misled into thinking they are not investment-worthy. Well, this black-owned venture capital firm Impact X Capital, launched in 2018, is tired of discussing these problems and are actively funding people of colour and […]