If I were to make a radical prediction, it would be that in the coming years, the word consumer will be considered to be rather insulting. In fact, consumerism as we know it is disappearing – It’s gradually being replaced by more meaningful interactions between brands and their customers, one based upon closer relationships and better engagement, far beyond a simple transaction.

I call the individuals that make up this new movement post-consumers.

Post-consumerism will be pioneered by the younger generations who are currently reaching adulthood.

For post-consumers to consider that they might be taking more than they give will be taken with great offence.

These individuals will look to influencers and friends for product advice while avoiding traditional advertising and marketing.

In this paradigm, the churn rate will hold much more weight than the cost per acquisition.

How then must companies prepare for this post-consumerist world? How can they cater to socially conscious customers seeking a committed relationship, rather than a brief romance?

Focus Your Brand Around Your Community

The successful brands of the future will be like dedicated tribes. In fact, some community-focused brands are already ahead of the game.

Two key examples are giffgaff and Monzo, who have democratised their marketing strategies by consulting customers in all their big decisions.

giffgaff’s customers have written, directed and appeared in the brand’s TV ads, and have provided customer support in exchange for discounts and other rewards.

This way, giffgaff have effectively crowdsourced its business model and built a major UK mobile provider with just a handful of actual employees.

I heard a talk from their CMO, who defined her role as a brand custodian rather than a brand guardian.

She believes that instead of claiming ownership of the brand, she’s just looking after it.

giffgaff’s defining point is that their brand is based on an ethos that their customers are the true owners.

Monzo, the challenger bank, has gone even further, by running several crowdfunding rounds just to allow their customers to become co-owners of the brand.

They also consult their tribe about every major decision, such as their name change (they used to be called Mondo) and deciding which parts of their service they should charge fees for.

While these brands are pioneering post-consumerism, I expect this to become the standard in the coming years.

Encourage Customers To Be Investors

One in 10 of us has already invested in a small UK company via equity crowdfunding – a number that’s on the rise.

Meanwhile, more and more growth companies and medium enterprises are offering shares to their customers.

For growth-stage and startup companies, the best way to get your customers to invest is through holding an equity crowdfunding campaign.

If you’re puzzled about where to begin, there are many crowdfunding support partners to help you, and workshops out there to guide you through the process and boost your prospects of running a strong campaign.

A few examples are Crowdboost, run by Virgin StartUp, and Crowdfund Bootcamp from Crowdcube and Grant Thornton.

If you’d rather skip crowdfunding and sell shares directly to your customers, it’s worth looking to SeedLegals, or even establishing your own licenced, FSA-compliant platform on Envestry.

Always Be On The Lookout For Investment Opportunities

After having become a crowdfunding expert, you won’t be surprised that I think it’s a great way for companies to get investment.

However, as crowdfunding campaigns are temporary, they can be quite limiting for companies that would like to always be open to investment from customers.

Companies looking to do so should get listed on a small cap public exchange like AIM or NEX Exchange, as long as they’re prepared to shoulder the extra cost of being a public company.

BrewDog has bypassed this issue by running numerous concurrent campaigns on both rewards and equity platforms. It’s clear that they’re deeply committed to crowdfunding, but even I’ll admit that this strategy must take a lot of work.

The easiest way to allow your customers to invest at any stage is to use Envestry. Their white label solution allows a company to keep its doors always open for investment.

Without a time limit, brands can allow their tribe to invest whenever they feel ready to do so.

Help Them Get The Word Out

Investors and good customers should be rewarded, so it’s worth giving them some exclusive merch or early access to a product or service.

Monzo’s trick to building the fastest growing bank in history was to give a Golden Ticket to their early adopters and investors.

This allowed them to be the first to get a zero commission and fees prepayment card to use abroad.

When they later launched a crowdfunding campaign, they gifted their investors an exclusive investor debit card to make the relationship official.

A gesture doesn’t even need to be some grand, expensive gesture. Post-consumers want to feel part of something, and then tell their mates about it.

So, by giving your customers some kind of exclusive treatment to brag about, you’re encouraging word of mouth momentum and genuine marketing that will be the only kind that passes in the age of post-consumerism.

Lastly, always keep your customers in the loop, and not just when there’s good news.

It’s also important to let them know about the bad stuff.

Whether or not they’re also your investors, post-consumers will still be won over by a brand’s social media presence, or through the brand’s tribe, far more than is the case today.

Engaging with them transparently creates trust and ultimately strengthens your relationship.

This is exactly what post-consumers will demand, so you should probably get ahead of the game.

Post By: John Auckland is a crowdfunding specialist and founder of TribeFirst – a global equity crowdfunding communications agency that’s helped raise £18.5m for over 50 companies. 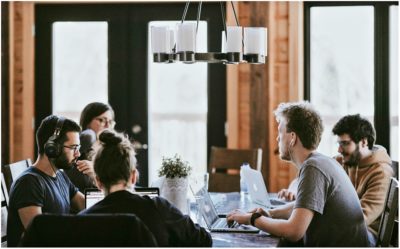 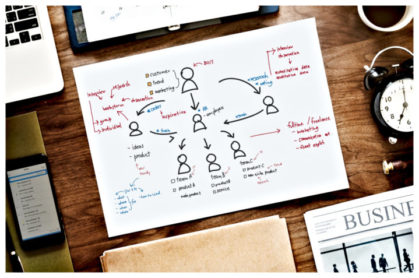 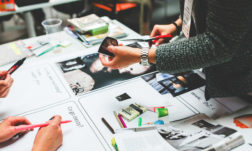 Startups: How To Spend The Seed Money You Get On An Incubator

Rishi Chowdhury of IncuBus Ventures offers advice on how startups can spend the seed money they get from an incubator programme. There tend to be a few models for incubators – No fee, no funding (usually government-backed in some way), Service fee with zero funding but 0% equity taken (best if you’re looking to raise serious […] 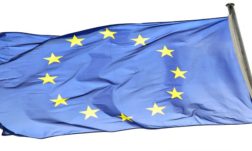 BREXIT – Why You Hold The Key

As the Brexit debate rages on, the question of what a Britain set adrift from Europe would look like – not just in the short term but for generations to come – is being hotly debated. Most economists and business owners are in agreement – a Brexit would harm the UK’s economy. A survey by […] 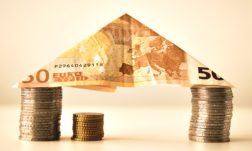 Identifying Your Business’s Exposure To Brexit

The uncertainty regarding Brexit continues and I have been pretty much glued to the news, watching each twist and turn of the aftermath. Being in Scotland, there is the added dimension of Scotland’s place in Europe and Nicola Sturgeon’s overture to EU leaders to try and ensure that Scotland remains within the EU. As I have […]